We provide service for irrigation and sprinkler systems as well as water features and ponds. Our crew can get your systems into a healthy state. 970.829.2903 We can add you to our snow removal or snow plowing account for the 2022 Winter Season. Let us take care of the snow removal and salting for your residential and commercial properties.

Chris Hollis started his young life in the Dry town of Truth or Consequences, New Mexico. Growing up in a small arid southwest town instilled a life-long pursuit with trying to understand and observe how water changes the way people interact with the world.

At the age of 6 Chris moved to a small border town in Texas, this area was vastly different than New Mexico. Texas was lush and humid, a tropical region that did not experience the same drought conditions or cold winter months. It was not until years later that Chris could understand how the differences and how they affect people who are from that region. Also, the perception of people who visit or move to a region that they are not from and how they can change and influence the culture around them.

In 2007 at the age of 21 Chris unknowingly began his career in Santa Fe, New Mexico. The origins of his training, residential water needs, saw Chris working at Desert Rain a Rainwater Catchment Company. By this point Santa Fe had began a new ordnance that required residences to install and use rainwater catchment as an irrigation source. This new water source helped to alleviate some of the stress to the local water supply. It also changed peoples perception of water use. At least in Santa Fe. After a 1 year crash course in an establishing field, he moved forward on to the next direction. Irrigation installation and repair.

From 2008-15 Chris worked at Ecoscapes LLC in Santa Fe. The owner was an old hippie farmer type, Michael. At Ecoscapes the owner was able to instill passion for change and an idea that we could all make a difference for the community as a whole. Together we focused on water saving techniques that mostly included drip irrigation, as most lawns in New Mexico are 200 square feet or less. Just enough to play around in and enjoy the green. Working with him we installed rainwater cisterns throughout the years and developed a nice network of contractors and repeat business. In 2014 Ecoscapes, along with Chris' input and design, began to proof a life long dream of Michael's. A dream that we could build site specific rain water tanks out of ferro-cement. If you have not heard of this technology please check it out. Ecoscapes went on to engineer and install a certified application. Witnessing the owners willingness to through caution into he wind due to his beliefs made a huge impact in Chris' life. This free spirit was responsible for showing him that "just because no one is doing it, does not mean it should not be done."

In 2015, charged with a life changing decision, Chris decided to make the move out of New Mexico to beautiful Fort Collins, Colorado. Chris first began to learn a new process of irrigation installation that is best described as whole other level. This included more commercial oriented install that required more resources and energy than he was used to. This industrialization of a more rudimentary skill set intrigued Chris. He decided to continue working for a reputable company and learn the lay of the land. During this time Chris also expanded his knowledge and abilities that seemed to natrually gravitate towards new areas of the business. Chris began helping more with logistics and overall company operations. Chris thanks and appreciates his opportunity to work with Lorin Bridger at Waterwise Land and Waterscapes. The owners transparency with company operation helped set Chris up for his own endeavors. Lorin is considered a friend. All the while Chris was not letting go of the initial skill set and passion for irrigation repair and sprinkler work that helps the community and spreads awareness. If you have not met a person who is passionate about Irrigation and sprinkler repair, there are many reasons to become active in the movement. Basically it comes down to the fact that Chris is a nerd, especially when it comes to water conservation. Many years of observation have led to the belief that when a person allows themselves to step back and look at a different picture, we can all recognize the difference that needs to be made.

Parallels that can be drawn from landscapes to the client's personalities are something to look at. At Lotic we believe that people are unique and their installations should reflect that, not the market. We are more interested in finding solutions to your unique problem than making you do things a different way. This approach tends to lead to more satisfaction and enjoyment of a clients outdoor living-space. This is not to say installs should be done incorrectly. We believe in reinforcing what it means to own your space and allow it to become something that you truly cannot live with out. Lotic will always value the client's input, even if not spoken, should be considered valuable and reflected in the work going forward.

After many years of observations and lessons, Chris decided it was time to make a change at the root level. He was going to go out and begin to spread the word that we all deserve to be heard. Chris' company, Lotic Irrigation believes that all clients deserve the best services available to them. So in July of 2020 Chris began to make his dream come true. 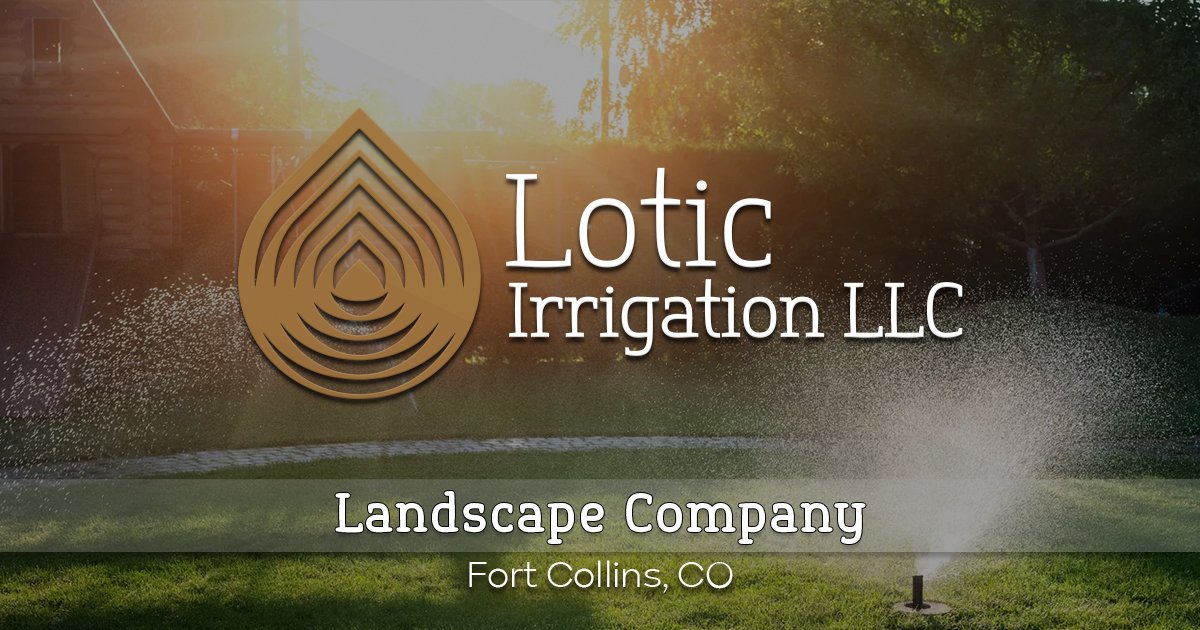